← more from
Ubiquity Records
Get fresh music recommendations delivered to your inbox every Friday. 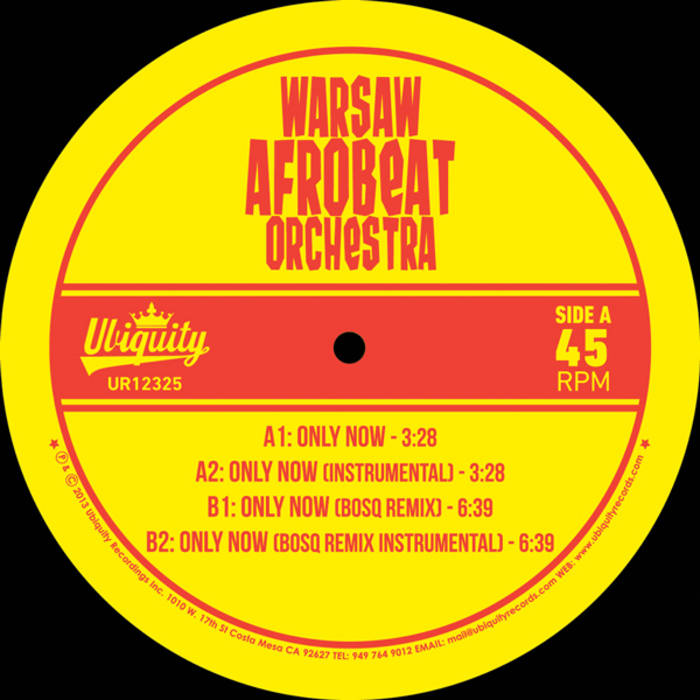 arsaw Afrobeat Orchestra (WAO) scorches with their sound, rooted in Lagos while adding their own unique flavors.“Only Now” is the first-single from their upcoming full-length album which also includes a remix by Bosq from Whiskey Barons.

Formed in 2012, the 10-piece band consists of musicians that have worked and collaborated with each other in different projects ranging from rock, jazz, folk, reggae and funk in the ever-evolving and musically diverse underground music scene in Poland. Inspired by the masters of Afrobeat, world music, as well as African tribal music which is evident in their lyrics and choruses that repeat and weave in and out of deep, hypnotic grooves infusing it with a transcendental quality. “Only Now” is crafted in this fashion and is one of the band’s first compositions. The rhythm and groove of Afrobeat is the foundation with what the band describes as “folk” styled vocal arrangements layered on top that blur the distinction between background and lead vocals. The resulting sound cannot be classified as strictly Afrobeat especially with the infectious vocals that are an amalgamation of ‘80s female pop groups, Indie-rock and contemporary Afro-Soul groups.

Bandcamp Daily  your guide to the world of Bandcamp

Little Brother joins the show to discuss their beautiful journey, plus tunes from Fat Tony